Part 1 of a 3-part series looking into the questions you should ask before downloading the Australian Government's new COVIDSafe app.

The Australian Government has a new app out to identify everyone you have been within 1.5 metres of, for at least 15 minutes (while this may have sounded Orwellian just a few short months ago, things are obviously not normal). It's to help with the task of contact tracing positive Covid-19 cases, as it claims to speed up contacting and isolating potentially infectious people.

For those who are reluctant to install it (and even for those who have already installed it) we hope to raise and answer some questions about the app to help you draw your own conclusions.

A lot of focus has been put on the specific app itself, with much discussion from tech luminaries and developers eager to unpack the app, check it out, and provide  independent analysis (they largely find it acceptable, all things considered).

Of course, not everyone is happy with it (and everyone is entitled to their view) but it feels like a discussion around implementation details (and even privacy sacrifices) is getting a little ahead of ourselves.

Well, there are three main questions to consider on this issue:

It's better to think about 3) once you've considered the answers to 1) and 2).

Let's get stuck in and try to answer these important questions.

1) Do we have a current, or future problem with manual contact tracing?

Manual contact tracing can be a laborious process. Once someone tests positive the local state or territory health department calls them up and:

Working out who their close contacts are can, in some cases, be very tricky detective work, taking multiple people up to a few days on cases (but this is highly variable).

The US experience above indicates a higher range of effort compared to the efficiency of teams during the Wuhan break (according to some recent, detailed analysis).

In the absence of public data from Australian health authorities on contact tracing effort (data you might consider is important in this national debate), the above serves as a useful reference example of just how laborious the process can be.

Do we have a problem at the moment?

The peak of new cases in Australia occurred on March 28th when 460 new cases were reported. According to a deep dive into contact tracing in Australia, New South Wales has a team of 150, while Victoria has 1000 (the significant difference in team sizes is left unexplained, but is curious).

Given no coverage of serious contact tracing issues it's entirely reasonable to assume none exist. A serious issue would, for instance, be reflected in a public acknowledgement that serious delays in completing contact tracing in a timely manner had significantly increased the probability of unnecessary spread of the virus within a community.

If we assume that our tracing teams were not overwhelmed through the peak period of new cases, then considering the fact daily national cases have not exceeded 50 per day since April 11th - when 87 new cases were recorded - we can safely say there is no current capacity issues with manual contact tracing.

But we don't have to assume. In a recent press conference discussing contact tracing, Professor Murphy stated in part:

We've proven that we're tracing contacts very quickly at the moment with those small numbers of cases, and the methodology is really up to speed

So it appears we don't have a current problem.

Do we have a future problem?

This is the ticket to ensuring that we can have eased restrictions and Australians can go back to the lifestyle and the many things that they previously were able to do and this is important - Scott Morrison, 29 April

Scott Morrison has repeatedly drawn links between app take-up and removing lockdown measures, which is strongly suggestive that modelling predicts this easing of physical distancing rules will potentially overwhelm our manual contact tracing systems due to a spike in infections due to new outbreaks.

Political leaders are increasingly stressing the likelihood of outbreaks in media statements, perhaps in an effort to prepare the population and retrospectively justify these events as predictable and planned.

So in that sense we do have a future problem.

To accept there is a future problem you are asked to:

Morrison has made this abundantly clear:

The faster the app take-up, the quicker Canberra will push for a relaxation of physical distancing measures, which in turn increases the probability of viral outbreaks, which apparently overwhelm our manual contact tracing systems and necessitate additional support (but supposedly technical, not human).

It has a kind of defeatist, circular logic to it – logic which has not been honestly, openly and transparently debated with the Australian people. We are apparently meant to just take it on faith.

If you believe in that fatalism then you've answered 1) and are on the path to deciding whether to install the app.

If you believe we should instead eliminate the virus then you have the option to cast your vote for that goal, by simply not downloading the app. 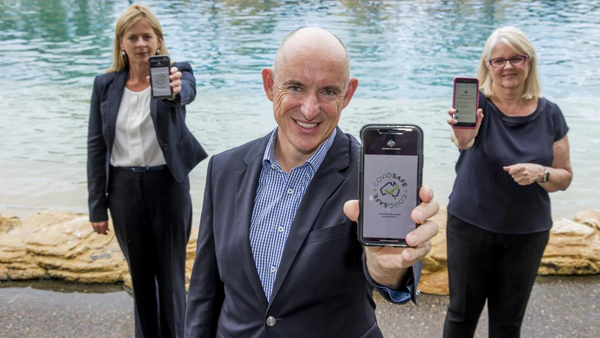 Part 2 of a 3-part series looking into the questions you should ask before downloading the Australian Government's new COVIDSafe app. In part 1 of this series we laid out 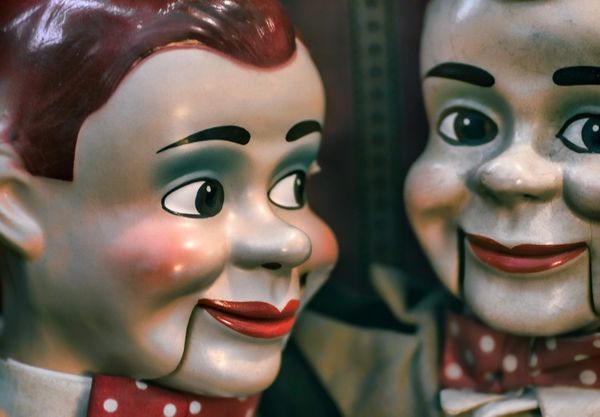 If one thing's clear about the Australian debate on school safety in the age of Covid-19, it's that so much of what we're told via mainstream journalism appears as little