The WHO just revised their advice on masks, acknowledging that "wearing medical masks is one of the prevention measures that can limit the spread of respiratory viral diseases, including COVID-19".

This move comes after the US and other countries have started to urge citizens to wear masks in public, propelled by a global masks4all movement and yet the WHO advice falls short of making that same recommendation.

The motivation behind the masks4all movement is captured in a reference to CDC recommendations:

In a pandemic involving asymptomatic carriers, wearing any type of cloth face coverings reduces the dispersal of infectious droplets, and so potentially reduces the number of infected.

Note the motivation here is driven by a consideration of group risk and  unwitting asymptomatic infection.

The WHO erroneously reframes the debate in its guidance, considering individual risk and assuming the concern is about whether 'healthy persons' are protected from infection by wearing a mask.

There is currently no evidence that wearing a mask (whether medical or other types) by healthy persons in the wider community setting, including universal community masking, can prevent them from infection with respiratory viruses, including COVID-19

This is not the debate at all, yet this apparent misdirection is perfectly captured in The Guardian reporting of the WHO advice: Face masks cannot stop healthy people getting Covid-19, says WHO.

In a pandemic involving asymptomatic carriers (and limited testing), sound public health policy might better and more safely assume there are no 'healthy persons', only potential carriers.

What does all this have to do with coughing into your elbow?

If we switch off our logical faculties for one moment, and accept the WHO's straw-man of the masks4all debate, we quickly discover a rather large contradiction.

Their justification for not recommending wide use of masks in public settings is lack of evidence.

Yet in their guidelines they state All persons should:

cover their nose and mouth with a bent elbow or paper tissue when coughing or sneezing, dispose of the tissue immediately after use, and perform hand hygiene

Are we to assume that a bent elbow has good evidence behind it as a technique for obstructing viral dispersal?

Is the WHO implying it is better than a fully-fitted cloth mask?

Who, in fact, said coughing into elbows was a good idea?

Well, if a 2013 study into the effectiveness of 'cough ettiquette manouevres' is to be believed, the rapid uptake of 'elbow coughing' was popularised globally in a 'humoristic and entertaining video format' produced by Ben Lounsbury, MD - a doctor based in Maine, USA.

Witness the historical origin story of this technique through the original production:

In it we are told about coughing onto sleeves "where germs are trapped while they desiccate and die".

Seemingly unanswerable questions are also raised. What to do if:

In Lounsbury's defence the video was motivated based on CDC guidance, which until recently was outlined  here (since removed). The CDC's current guidance on preventing flu now omits any mention of using arms or elbows to muffle coughs and sneezes.

However if we return to the 2013 study on coughing etiquette, what's more alarming is their conclusions about this global public health practice:

The prompt acceptance, implementation, societal/individual behavior modification, and global dissemination of the maneuver present the scientific community with a dilemma: why was this maneuver so popular in light of the lack of evidence to support it? Involved are several facts and actions: a) no peer review publication documenting this maneuver, b) no scientific evidence supporting the effectiveness of such a maneuver, and c) no scientist author, developer or designer fathering such a maneuver.

Lounsbury [21] presented this maneuver in a humoristic and entertaining video format. The video was a huge success in terms of public acceptance and secured the support of various medical and community associations. Soon after the release of the video the world was witnessing people of all ages, including kindergarten aged children, practicing the maneuver.

The lack of scientific evidence supporting this particular maneuver is a valid argument for most global health agencies to avoid including it in their set of written recommendations, however it is still conditionally included in pictorial recommendations, as seen in CDC campaigns [18].

It appears the technique wasn't accepted based on rigorous scientific evidence, but on the quirky production values of an enthusiast, just as the internet became an engine of video distribution.

So we are left with a large contradiction. The WHO resists recommending widespread use of masks due to 'lack of evidence', yet still recommends evidence-free 'elbow coughing' as a key suppression tactic.

While a common-sense argument can be made that the primary purpose of 'elbow-coughing' is to avoid coughing into hands (super-spreader appendages that they are), there is a strong accompanying belief that elbows provide some efficacy in suppressing viral dispersion.

At this point we might conjure up a visual representation of the absurd contradiction here: one in which the WHO approves of loosely-fitted masks made out of prosthetic elbows.

The contradictions in public health guidance from organisations like the WHO, who seem to arbitrarily decide when to rely on common sense and when to demand evidence, increases the perception that public health is sometimes closer to the dismal science of economics than we would like.

In the meantime it's worth pondering the common-sense position of the masks4all movement. A position that yes, aligns with guidance from organisations such as China's CDC, the US CDC and an increasing number of experts and countries around the world. 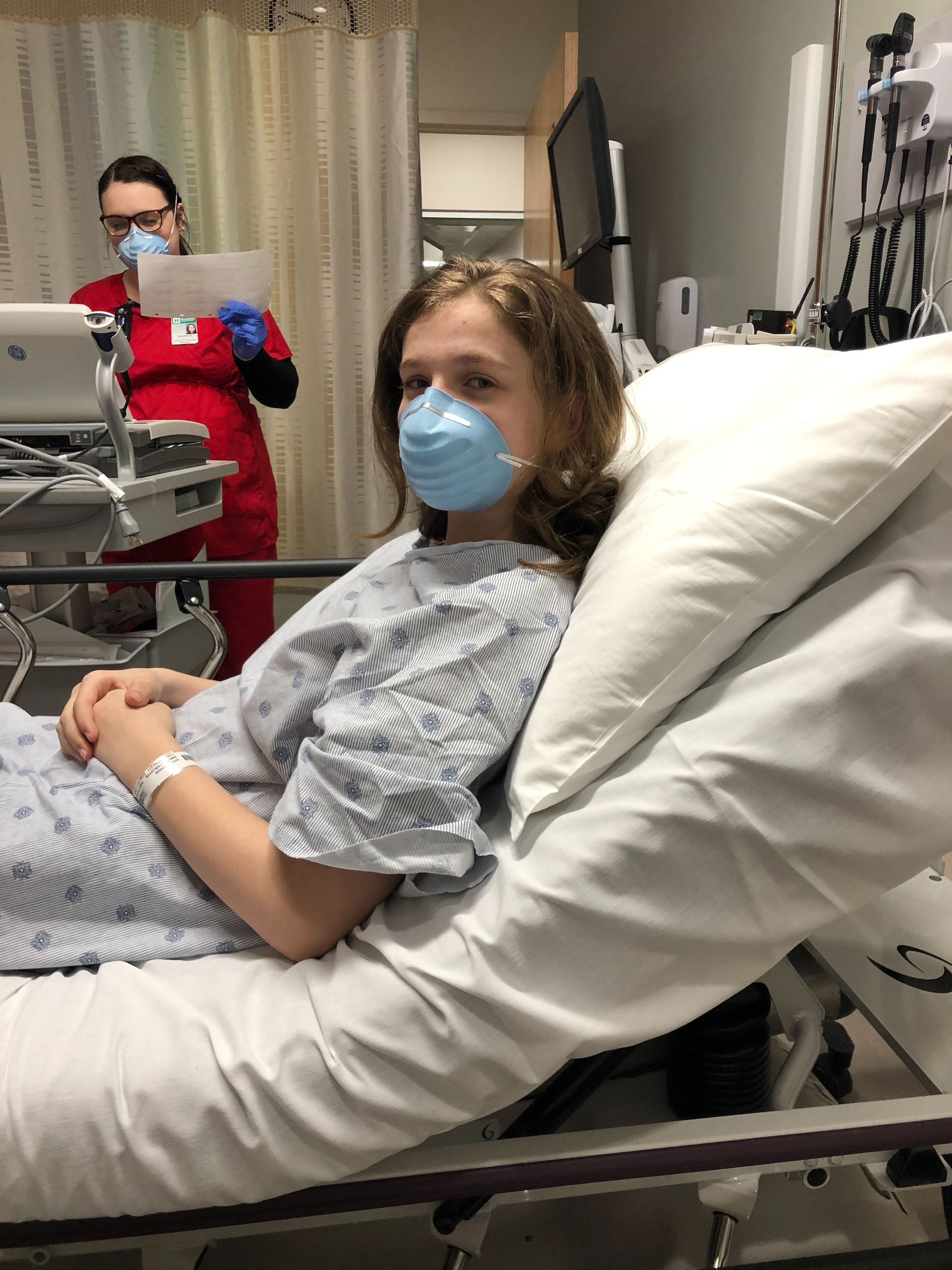 Globally our understanding of how children are affected by COVID-19 has evolved. Once thought of as peculiarly resistant to the disease, there is now an emerging view that they are 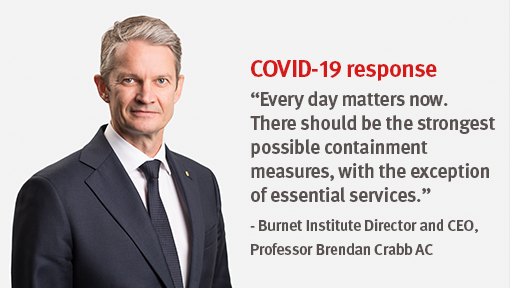 In a recent ABC radio interview, Burnet Institute Director and CEO Professor Brendan Crabb called for the Federal Government to implement the most extreme containment measures possible: An immediate lockdown